happy 44th anniversary rolling stone magazine. thank you for bringing the music culture into our homes, in the form of an odd shaped, extra long glossy paperback (bring back the old size & layout). originally known for its hippie counterculture accounts and political coverage by controversial journalist hunter s. thompson, rolling stone has gone through many formats. in the very first edition, published on november 9, 1967, jane wenner (who is still editor and publisher) said rolling stone "is not just about the music, but about the things and attitudes that music embraces." 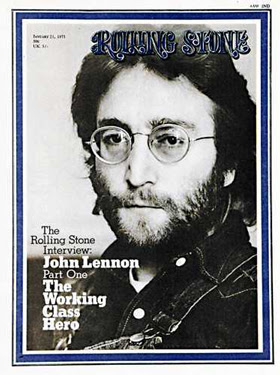 rocket is a great company that features some interesting music themed home accessories. so with the theme of rock and roll, check out these pieces. 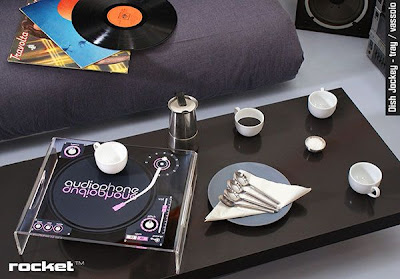 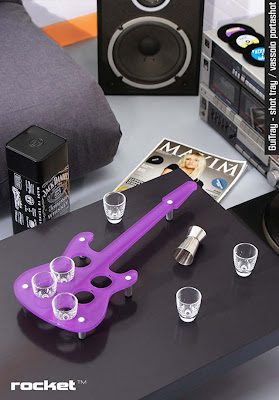 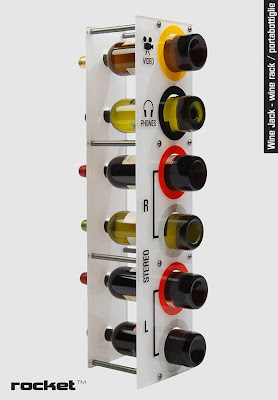 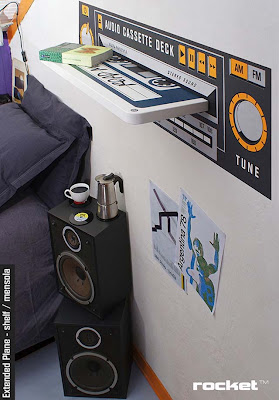 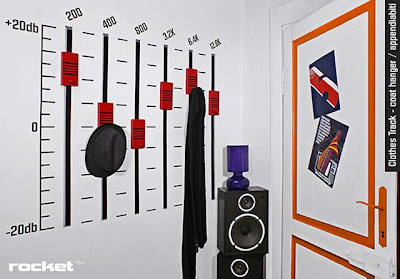 Posted by this designers palette at 6:52 AM